New York is one of the largest cities in the World. Whether you are talking about the population, culture and food, area in square feet, and arts & entertainment. If you are visiting New York for the first time, there is a lot to see and do. If you ever come back, you will always find something new in this great city. The following are some of the top things to do in New York: 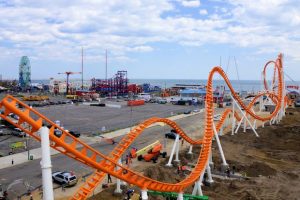 The 9/11 Memorial is a monument that has been established to honor the thousands of people that were killed in terror attacks on September 11, 2001. Also honored are the people who perished in the World Trade Center bombing in 1993. Take time and wander in the 110,000-square feet museum. You will be able to read the bronze inscribed names of every person who died in the attacks.

The Metropolitan Museum of Art

Locals refer to this monument simply as ‘the met’. It offers an unrivaled view of the world, all under one roof. This museum has a collection of more than two million works of art spread over 5,000 years of history. Here, you will find a collection of Greek & Roman art, European & Asian paintings and sculptures, and African & American artifacts.

Ellis Island is the port through which millions of first-generation immigrants entered the United States. If you want to know the personal stories of the people who came to America in search of a fresh beginning, this is where you should go. The History behind the Five Boroughs of New York.

The Statue of Liberty was established in 1886. Since then, it has been a stirring symbol of freedom and a beacon in New York Harbor. It was designated by Fréderic Auguste Bartholdi and built by Gustave Eiffel, as a gift from the people of France.

Can you come to New York and fail to visit the Empire State Building? It is a masterpiece of Art Deco design and one of the most famous buildings in the world. Come here on a clear day and view Times Square, Brooklyn Bridge, The Hudson River, East River, and Statue of Liberty.

There is so much to do on a visit to Rockefeller Center. You may want to cheer for Radio City Music Hall’s dancing Rockettes, peek in on NBC’s Today Show or spin on an ice rink presided over by Prometheus himself. With the aid of sightseeing binoculars, you will be able to get great views of New York City.

Are you into submarines, spy planes, and space shuttles? You can experience all these and more at this museum. It is located inside the aircraft carrier Intrepid right on the Hudson River. If you have never had a guided tour of a ship, here is an opportunity for you. Intrepid served in World War II, the Cold War, and the Vietnam War. Relive history.

Clearly, there is so much to do in New York City.