If there is a neighborhood that was so much affected by the events of September 11, 2001, then it is Lower Manhattan. More than sixteen years later, trauma, devastation, and sadness that has been replaced with strength and vitality. In just a few years, Lower Manhattan has risen from the ashes largely due to the combined efforts of the local community, private & not-for-profit sectors, and the government. 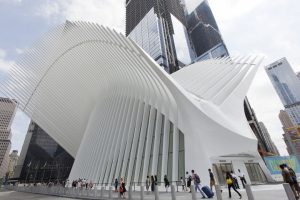 The following changes are the easiest to point out:

In just sixteen years, the number of residents in Lower Manhattan has more than tripled. The people who live here are now more than 60,000. That is thanks to a number of mega residential projects such as the former AIG building at 70 000pine St. and the 903-unit tower by Frank Gehry.

Manhattan has seen an increase in the number of public and private schools in the last sixteen years. There is an elementary school that expanded to middle school while a few more public elementary schools sprang up. Also noted to have come up is Quap Prep, an independent college preparatory school dedicated to educating gifted students. Also to move into the area is NYU Law School’s Brennan Center for Justice. Even Cornell University has a satellite of its College of Architecture.

In May 2016 a passageway connecting the Fulton Transit Center to the World Trade Center transit hub, also known as the Oculus. It links PATH commuters to a number of city subway lines at Fulton Street as well as WTC Towers one and four and Battery Park City.

In the period prior to 9/11, Lower Manhattan had more than 109 million square feet of office space with an overall vacancy rate of 6 percent. Today, there is 96 million square feet of office space. However, the newer glossy towers like the ones at 1, 4, and 7 World Trade Center have been built for modern firms with high-tech needs. At new office towers spring up, old buildings are being converted into residential apartments or hotels. Surprisingly, even with the lower office space, there is a vacancy rate of up to 11 percent. This is explained by the reduced number of employees in the financial sector, a major occupier of office space in New York City.

Diversification of the economy

In Lower Manhattan, the number of large media houses has increased since 9/11. Over the succeeding years, media houses such as Harper Collins, Tine Inc., and Conde Nast have relocated to this area. Although there was a decline in jobs in the financial sector, diversification has kept the numbers almost constant. Many of the new firms have been attracted by the improvements in the transit system, which is easier and more appealing to their staffers. It is now easier for people to move from Brooklyn into Manhattan. New article: What Are the Industries That Drive New York’s Economy?

Clearly, Lower Manhattan has undergone a lot of changes following 9/11. One can only expect the transformation to continue in the coming years.